Mercury and Chiron flank this New Moon on either side, for a fresh, new paradigm that opens our minds to new ways of thinking. Perhaps solar flashes open new neural pathways, igniting new perceptions that alter our experience beyond former beliefs. The imminent Jupiter/Neptune conjunction is dissolving (Neptune) various outmoded beliefs (Jupiter) that don’t synch with our experience. Can you belief the testimony of your senses? 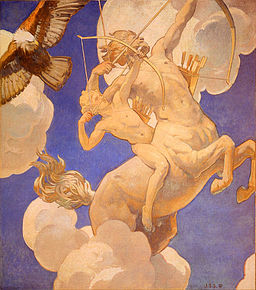 Chiron and Achilles, mural by John Singer Sargent. This artist was born on January 12, 1856 in the  build up to the last conjunction of Jupiter and Neptune two months later. Sargent is known for his fluid style, sense of color, and spiritual kinship with Impressionism, and created remarkable murals for the Boston Public Library, which include this image of Chiron and one of his famous students. See his chart at bottom here.

The March 18-19th Full Moon/ Equinox passage was quite an intense moment, as I experienced it. How about you? The Full Moon was almost too bright! I was relaxing under its light on an outdoor patio with a group of fine folks at Four Elements eco-retreat center on Water Island in the US Virgin Islands. The windy moon sailing across the heavens. Vibrating stars and dancing palm trees made for quite a show above the sea shimmering in moonlight. It was much more exciting than restful, as we approached the Equinox gateway. Traversing the last degree of Pisces on Equinox Eve, Pluto helped us shed outworn dry rags in our psyches and in our lives, while welcoming the incoming tidal wave of the imminent, rare Jupiter/ Neptune conjunction.

Now here we are entering the Aries New Moon, and quite an extraordinary Moon it is! Lunations this year demonstrate, not only the rhythm of biological tides, but of incoming waves of cosmic tides at this unprecedented moment in Earth’s elevating evolution. It is taking a good deal of higher mind vigilance, emotional processing, and self-reflection to keep up. No slacking, people! Along the way do be kind to yourself and others, taking the time you need to rest, integrate and reorient, as your response to life changes from the inside out.

We are in a crossroads of both an ending and a beginning.
This New Moon tells us to face forward into the oncoming light.

This Aries New Moon is sandwiched by an intriguing combination of KBO (Kuiper Belt Object) Salacia and Mercury closely behind and Chiron closely ahead. This means that about 4 hours earlier, in its waning darkness, the Moon pulls down the liquid plasma light of Cosmic Mermaid Salacia into our Mercurial perception, heightening the frequency of our brain waves. You may see sparkles in the air— or in your head! Electrical impulses may pause your mental process, like a blip in the receptors: you lose words or thoughts, your mind suddenly jumps to something else. You suddenly catch something out of the corner of your eye, or feel your crown chakra vibrate, itching to open up. For those dreaming during this Moon, its vibrations may rewire your storylines so that you wake up to a ‘new world’. Set such an intention or whatever intention appeals to you. In Aries, this is a highly individual moment of heightened Self- clarity. We can consider this New Moon and its whole cycle as a crystal clearing of our window of perception, as if we are washing off accumulated dirt and dust. Using that technique of rubbing your hands together and then cupping them over your eyes may reveal wonders. See what you see.

We are urged and invited to see beyond subjective filters that have been clouding our view of Life. Tapping into our heart wisdom is the key to this process, which is not an entirely rational process! It can be confusing, but our hearts never deceive. Aries is the sign of personal integrity and self-clarity. As the first sign of the Zodiac it has the capacity to any experience with a freshness, a ‘tabla rasa,’ an empty slate: no preconceptions, no ‘hangovers’ from the past. Chiron is the ‘Be Here Now,’ alternate time planetoid that aligns spirit-mind-feeling-body in holistic integrity. This Moon cycle invites us to live up to that as fully as possible for best outcome.

Certainly, we are now heading further into New Earth, as many are calling it, the pioneering adventure of our amazing times. New pathways beckon, fresh ideas and initiatives call us to action. Interestingly, Pluto at 28 Capricorn makes a multiple quintile aspect of 72 degrees with the New Moon stellium. This 5th harmonic aspect, dividing the 360-degree circle by 5, has been called the ‘genius’ aspect. The newness of fresh photonic input continues to the shedding of the old. From various sources I have been hearing the phrase “breaking old contracts,” in other words, severing our involvement with compulsions and karmic cycles, both personal and collective. Such powerful closures require keen and clear intention, as if cutting the umbilical cord of a newborn. Thus we are born into a new level of luminosity, as indicated by Salacia.

You may be interested to listen to a recent interview with Pam Gregory, in which we discuss the special KBO dimension of this New Moon from a very close T-square made by a trio that includes Mermaid Queen Salacia, original creative coding from Quaoar and a powerful redemptive renewal impulse from MakeMake. It serves as a follow up to her regular, excellent, New Moon video. Here is the link.

Many thanks to those who came my way from this video. Welcome to Cosmic Inspiration News!
Also, I highly recommend listening to Pam Gregory’s March 11 conversation with Zac, a channeled aspect of an Ascended Master. Whether or not this concept challenges your belief systems, it is very worth while to hear this inspiring commentary on our times and experience.

Sabian Symbol for 12 Aries: A Flock of White Geese
Notes from Sabian specialist Blain Bovee:
“In flight, geese work together for aerodynamic efficiency.
In the farmyard, geese work together through loyalty.
The day’s dynamics can bring breakthrough developments, resourceful steps up, and renewed commitments for far-sighted plans. If your idea is a good one… that is, one that resonates deeply with who you really are… plans that seem a distant ‘too-far’ may actually come about.
Watch for making thought connections, for receiving messages with connecting information. Resignation to routine only tightens the jaw, grits your teeth. Be loyal to your desires. Upon those wings futures fly.”
More here

Mars/Saturn/Venus in Aquarius
The cooperative theme of this symbol matches the close Mars/ Saturn/ Venus trio in Aquarius. Mars and Venus hunker close on either side of Saturn in Aquarius. More new paradigm manifestations are evident in the social texture all around the world. We are coming together to find social forms that carry us forward successfully into our new way of working together. Uranus in Taurus continues to suggest experimentation in this process and insists upon cooperation with Gaia Earth and all beings on this precious planet.

Whereas the New Moon found Mercury conjunct Saturn in Aquarius, this New Moon finds this pair flanking Saturn, finding a fuller, emotionally resonant way of fulfilling their social mission. Saturn, particularly closely, but also Mars and Venus, are squaring the Lunar Nodes, again pointing to this New Moon as a significant turning point into New Earth. We have this whole Moon cycle to work the new ground and explore new trails. Tune in to the intention and motivation behind anything you choose to participate in.

Incoming Wave of Grace and Wisdom
This New Moon brings on the incoming wave of the extraordinary Jupiter/Neptune alignment, exact on April 12. This particular alignment hasn’t happened since 1856. There was a New Moon on March 6 of that year, with the New Moon @17 Pisces sandwiched between Jupiter @16 and Neptune @18. Uranus, like now, was in Taurus then, bringing the wash of new energy into manifestation. We could look at this month’s New Moon as the end of a cycle that began at that time, bringing us into a new wave of uplifted frequencies. Allow yourself to be washed clean in the waterfall of this rare and precious wave of Grace and Goodness.

This upcoming conjunction is @24 Pisces, with this Sabian Symbol image:
The Tiny Island Seems Lost in the Broad Ocean,
but Its Happy Inhabitants Have Created a Great World All Their Own”

In the KBO realm, MakeMake is the BirdMan of Rapanui, commonly known as Easter Island. Opposing this New Moon from Libra, it was one point of discussion on my recent youtube with Pam Gregory. This remote island way off the coast of South America is known for the extraordinary huge statues (of their elders) called Moai. A common misconception is that the islanders cut down all the trees to transport these statues across the island. No traditional people would do such an ecologically destructive act! The true history of this people demonstrates this Sabian Symbol. Let’s find inspiration from the regenerative capacity of this resilient people devastated by natural disaster as well as discovery and take over by foreigners as we find ways to recover ways of living in harmonious relationship with Nature— and with each other.

One way of doing this is the Celebration of Life. The third KBO discussed on that video was Quaoar, of the Tongva people in the Los Angeles area. Quaoar is the creator deity who was said to dance and sing all of the codes of creation into being. Let’s find ways to celebrate in just such a way as we come together to rebirth with Earth.

Back to the inspiration of this New Moon’s “Flock of White Geese“. Always, Mary Oliver’s poem, “Wild Geese,” speaks to our souls. Here is how it ends:

“Whoever you are, no matter how lonely,
the world offers itself to your imagination,
calls to you like the wild geese, harsh and exciting—
over and over announcing your place
in the family of things.

Read the full poem here (or so many other places, maybe on your refrigerator!) 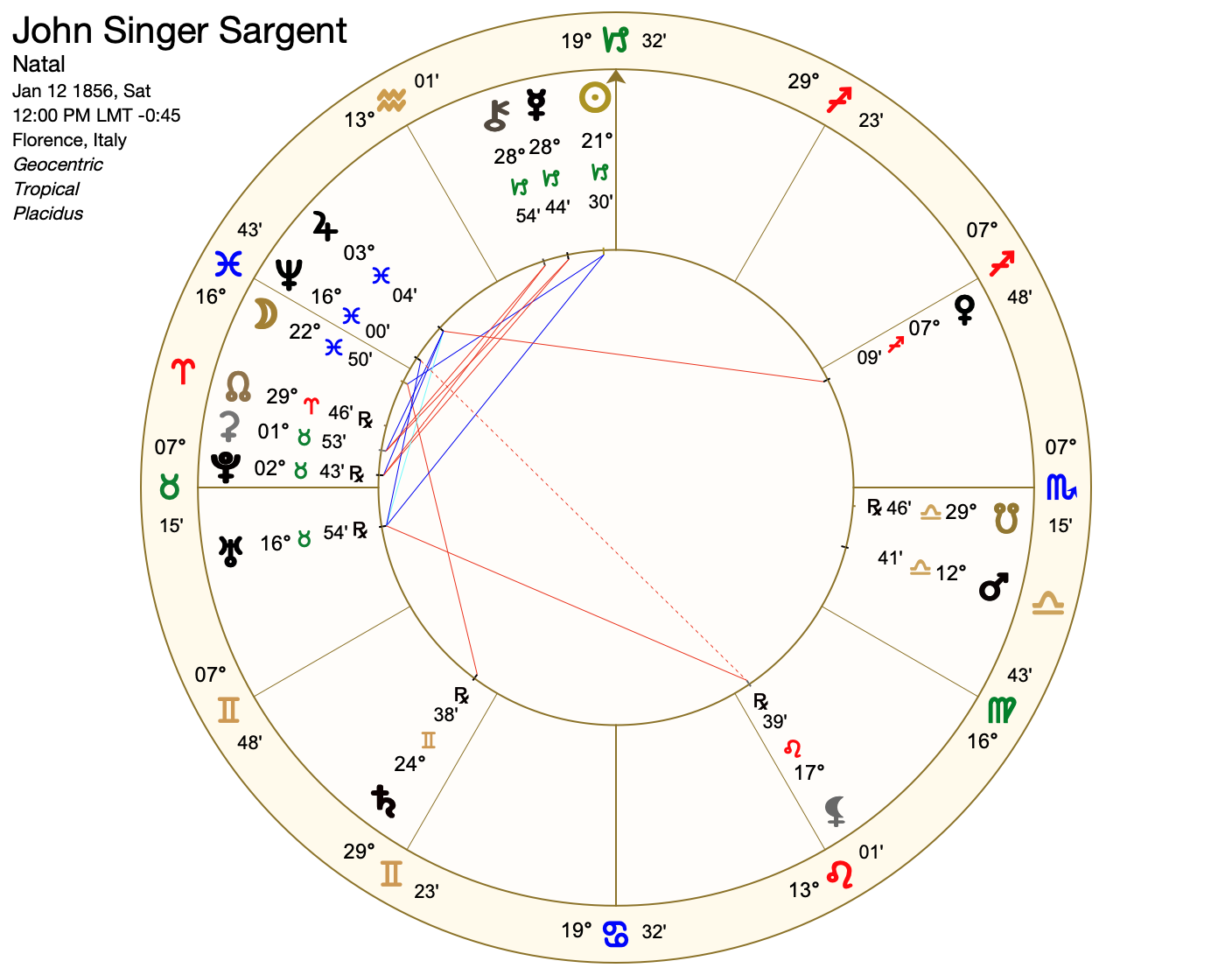